Archive for the ‘Gaming News’ Category 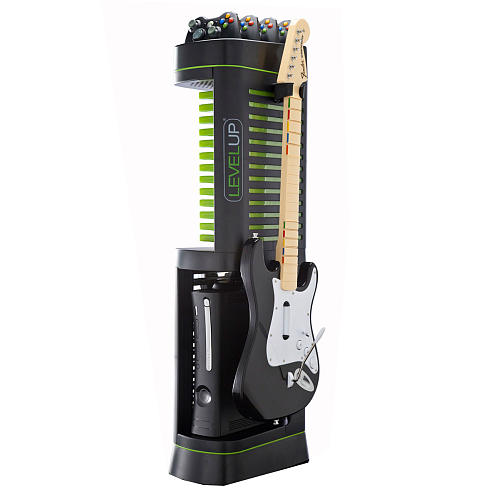 If you own a gaming gear and you have some sort of problems with regards on assembling your gaming gear on how to look it nice, neat and organized, then Zig-Zag Xbox 360 Storage Tower is one of the storage solution offered by Level-Up.

The Zig-Zag Xbox 360 Storage Tower is the ultimate storage unit for all of your Xbox gear. It comes in two colors white or gray and can hold 13 games, 4 controllers, 2 guitars and your XBOX 360 console.

This gaming rack stand strong and stands just under 3 feet high. It comes in about 10 pieces and snaps together, no tools required. It came in a very clean and well branded box. The tower was very simple to assemble and looks great.

As you can see in the picture, the unit itself sports a green band at the top and the bottom along with the name LevelUp on the upper front right side. There are four slots on the very top of the tower for your 360 controllers. On the left and right sides there are hangers for your 360 guitars. The unit has a split level design. The lower level for your console to stand vertically and the upper level to put your games in any of the thirteen slots provided. It transformed itself from a plasticky organizer to a high quality storage center worthy of housing the Xbox and its gear. It took 10-15 minutes to construct. There are 13 slits on the side that expose the back of your Xbox games, so you’ll have 13 green bars running up the side. 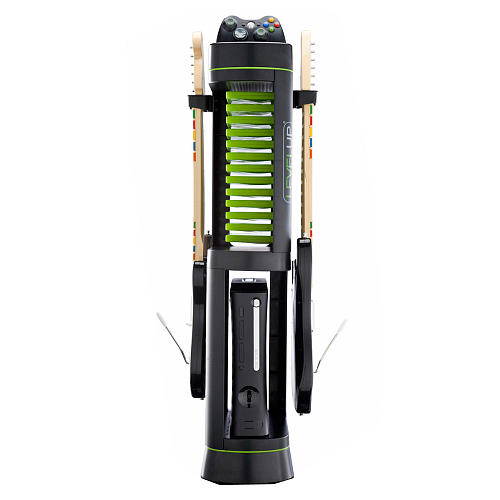 There are similar Storage Towers available from Level Up for the Wii and PS3 too. If you will search for Zig-Zag on the internet, there will be different prices on it. Amazon is selling it for $136; meanwhile Toys-R-Us is selling it for just $34.99, but the official retail price is $69.99.

It’s Real!..Sony PlayStation phone is based on new version of Android: Gingerbread. PlayStation Phone had been rumored a number of times in the past, but no one knew how Sony is going to design the new one. Atleast now engadget confirms that this is the new PS phone.

To drive the games, Sony will ship PS Phone with  1GHz Qualcomm MSM8655 processor, 512mb RAM, 1GB ROM, with a screen size of 3.8″. It would run games from the android marketplace along with a custom Sony Marketplace which will allow you to purchase and download games designed for the new platform. The handset also has a long touchpad in the center which appears to do multi-touch. As far as the button schemes are concerned, everything should remain identical to original PSP. And yea, no Memory Stick slot, only microSD cards. The Sony Ericsson PlayStation phone will introduce the Sony Marketplace where users can buy games made for the new OS. 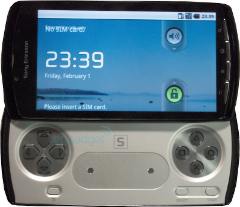 The final product would definitely  have better finish, look. It’s unlikely to arrive before the holidays; we’d bet on a Q1 or Q2 2011 release.

Lets hope that device actually performs better than iPhone 4 gen devices, after all its a dedicated Gaming phone.

Will game players be able to get their thumbs all over this unit during the holidays? With the software said to be buggy, November almost upon us, and the joint venture usually running late to the carriers-a 2011 launch date would seem more likely. 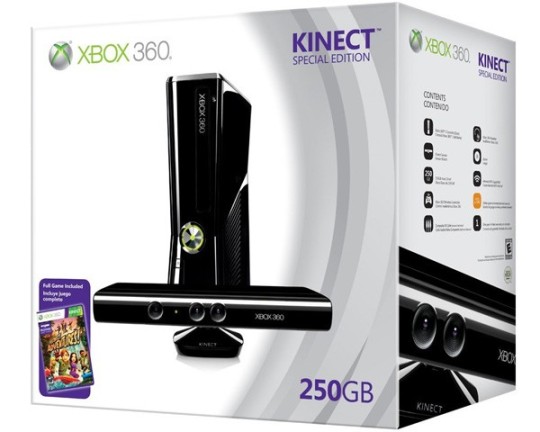 According to Amazon Germany, Microsoft’s just announced that a shiny new Xbox 360 Arcade replacement plus a kinect Bundle. Pricing is a bit on the painful side, with Kotaku reporting a $399 figure for the US and Microsoft confirming to us a £300 sticker for this “special edition” bundle for the UK. Full press release follows after the break.

Included in the package is an Xbox 360 Slim console with a 250GB hard drive, an Xbox 360 controller, the Kinect motion tracking system as well as Kinect Adventures.

Full Press Release is as follows:

Special Edition Xbox 360 250GB with Kinect is the Ultimate Package to Jump in to Controller-Free Games, Entertainment and More
Xbox 360 250GB Console, Kinect Sensor and “Kinect Adventures” for £299.99

LONDON – 8 September 2010 – On 10 November 2010, be among the first to get Kinect for Xbox 360 with the Special Edition Xbox 360 250GB with Kinect, available for a limited period. This all-inclusive package includes the Xbox 360 250GB console, a Kinect sensor and “Kinect Adventures” for £299.99. Set up controller-free entertainment in your home with the glossy black 250GB console that boasts 802.11n built-in Wi-Fi, an internal removable 250GB hard drive and touch sensitive controls. Plug in the Kinect Sensor to the dedicated port on the console and load “Kinect Adventures” where you can float in outer space, experience the thrill of roaring rapids and tackle mountaintop obstacle courses. Enjoy controller-free fun with any of the more than 15 games launching with Kinect and experience new ways to enjoy your favourite entertainment.

Xbox 360 paired with Kinect has something for everyone. Play an exciting gameof football in “Kinect Sports,” go for the ride of your lives with the massive jumps and full-body stunts in “Kinect Joy Ride,” or adopt a pet tiger cub with “Kinectimals.” Get the most out of your morning workout with “Your Shape: Fitness Evolved.” Your virtual trainer will help you meet your specific fitness goals by providing feedback on your form in the comfort your own living room. Gather friends for a dance party, or work on your own moves one step at a time with “Dance Central” by MTV Games and Harmonix. Spend quality time with friends and family around the world through Video Kinect*. Watch your favourite movies, TV programmes and live sports from Sky on Xbox LIVE**, all with the wave of a hand.
Kinect for Xbox 360 will take to the global stage once again at the Tokyo Game Show next week to reveal even more new controller-free games and experiences never before possible.

For more information on the Special Edition Xbox 360 250GB with Kinect, visit http://www.xbox.com. Please note that this is a special edition bundle, available while stocks last in the UK & Ireland.
*Xbox LIVE Gold membership required for Video Kinect
** Non Sky customers will require a monthly subscription.